MCFLS has three portable hotspots (from t-mobile) that are available to library staff and configured to connect to the MCFLS network. This means staff do not need to use MCFLS's Forticlient SSL VPN (virtual private network) software with the hotspot. The intended use of the hotspots is for off site Sierra usage.

The three units are housed at the MCFLS office. Each consists of a hard case having one hotspot, a power cord with USB connector and instructions. Staff should email Kate Strattner to request the MCFLS hotspot. It will be checked out to a generic patron account for your library instead of to a particular staffer.

The circulation period is three weeks. Instructions for using the hotspot can be found in the case itself.  Although staff will no longer need to use MCFLS's Forticlient SSL VPN software with the laptop, a library will still need Sierra installed on the given laptop. Below are links to install Sierra.

NOTE:  When powering down the hotspot for return to the MCFLS office, hold down the power key button unil all four lights deactivate (top of device). However, be careful to not press down on both the Power key and the WPS key at the same time or the hotspot will be factory reset and the hotpot will need to be reconfigured for the MCFLS network. See the image below which is now including in each hotspot case that circulates to libraries. 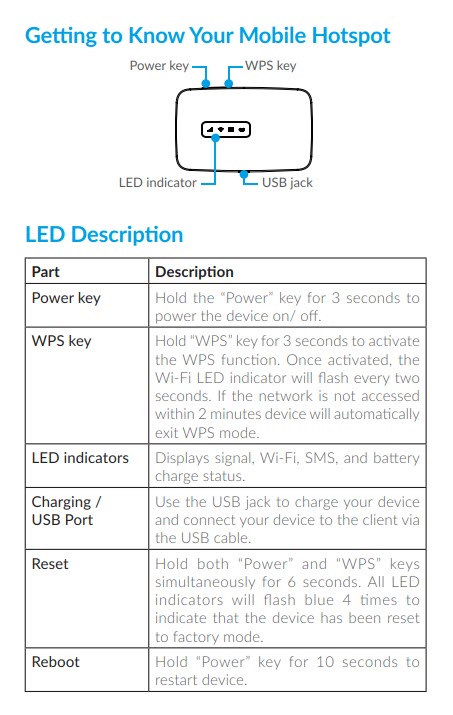